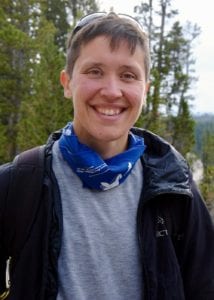 Beck was an early adopter of OmniFocus, but abandoned it years ago in favour of what she describes as “simpler and more aesthetically pleasing options”.

After experimenting with a variety of other tools, Beck returned to OmniFocus in 2018, concluding that “OmniFocus is the most robust and thoughtful tool out there right now for my needs.”

After years of experience in the productivity realm, Beck was well equipped for her return to OmniFocus. She makes good use of carefully-chosen emojis to bring a strong visual element to OmniFocus. She also uses OmniFocus to help cultivate the person she wants to be, emphasizing her role as a wife, friend, daughter, colleague, and neighbour, in addition to her own personal and professional development.

Beck took us on a tour of her OmniFocus setup and workflows, highlighting the creatives ways that she’s customized OmniFocus to make it as attractive as the pantry in her kitchen.

Beck Tench is a wife, daughter, friend, teacher, gardener, cyclist, kind stranger, and PhD student at the University of Washington Information School. She researches how the design of physical and digital spaces cultivates contemplative experience and practice. She is particularly interested in understanding how space facilitates a greater capacity for accessing personal wisdom, connecting with others through compassion and friendship, improving the quality of our lives through greater awareness of life as we’re living it, and coping with the distractions of digital culture.

She was formally trained as a designer at the University of North Carolina at Chapel Hill and spent her career before returning to academia helping museums, libraries, and non-profits embrace risk-taking, creativity, and change through technology and personal space-making. Her work from that time was mentioned in the New York Times, National Public Radio, Scientific American, and several books and blogs.

Beck has years of experience using paper-based solutions alongside digital tools. Among other things, she uses a modified version of the paper-based Bullet Journal note-taking method that was created by Ryder Carroll. Her paper notebook of choice is made by Black n’ Red.

She’s also a fan of the Pomodoro Technique, that was developed by Francesco Cirillo in the late 1980s. Her procrastination-preventing implementation includes her bullet journal, OmniFocus, and the Be Focused timer app.

Apps she uses include:

You can learn more about Beck’s time and task management workflows on her website.

Other things referenced during the session include: