Brian Renshaw shares how he uses OmniFocus 3 to manage his multifaceted life, that includes being a student, teacher, administrator, husband, and father.

Brian is a seasoned OmniFocus user and a long-time member of the Learn OmniFocus community. He has experimented with many different ways of using OmniFocus over the years.

His current implementation embraces the philosophy of making things as simple as possible, but no simpler. He makes good use of OmniFocus’ extensive feature set and has embraced the convenience and consistency that comes with automation.

He also emphasizes the importance of processing the email inbox regularly and shares how he bypasses the OmniFocus inbox in certain instances, reducing the amount of processing that’s needed.

Brian took us on a tour of his OmniFocus setup and workflows, highlighting how he’s making extensive use of tags, projects, and custom perspectives to juggle his many responsibilities. 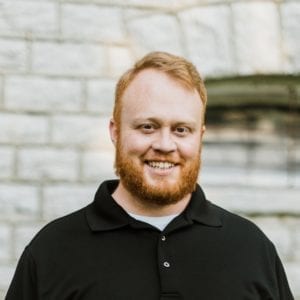 Brian Renshaw is a New Testament doctoral student who will be taking comprehensive exams in May 2019. In addition to being a student, he teaches as an adjunct, both online and on-campus for the college, and works full time in the Provost Office.

He began using OmniFocus over eight years ago when he was a college student. His use of OmniFocus has changed drastically over the years. Brian has a lot going on. He shared that OmniFocus “it is the only app keeping me sane” and speaks to the benefits of being able to track everything that’s going on his life.

Brian blogs about tech, productivity, and writing on his personal site, brianrenshaw.com.

Previous Tutorial
2019-03-13 – Automating OmniFocus 3 Using Siri Shortcuts: Advanced
Next Tutorial
2019-06-19 – OmniFocus 3 Workflows with Beck Tench
This website uses cookies to improve your experience. If you continue to use this site, you agree with it.