Arkus Co-founder and COO, Jason Atwood joins us from New York City to share how he and his entire company are making productive use of OmniFocus. 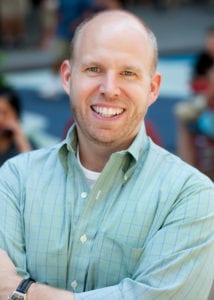 Jason is a student of productivity, proficiency, and organization and has taken a deep dive into both GTD and OmniFocus. He holds a BA in Business from Skidmore College, is the co-founder of a thriving consulting company based in New York City, and is an avid blogger and podcaster.

Jason has been using OmniFocus since the beginning. Prior to OmniFocus’ initial launch, he used OmniOutliner for task management, following the guidelines of the “Kinkless GTD” approach that inspired the creation of OmniFocus.

Using OmniFocus in a Team Setting

Jason is the Co-founder and COO of Arkus, Inc. and describes himself as an “overly certified consultant”. Based in New York City, Arkus is a consulting company and Salesforce Partner that was established in 2010. The company consists of a growing number of expert project managers and developers.

During this session, Jason shares his experiences using OmniFocus and GTD in a team environment. Topics covered include:

Jason is also a long-time blogger and has been the co-host of the CloudFocus Weekly podcast for, in his words, “nine glorious years”. This weekly podcast covers the latest in cloud computing news, happenings, and events, and each episode includes the CloudFocus App Pick of the Week.