Learn how Johnny Chadda uses OmniFocus to effectively manage his day-to-day life, while also keeping an eye on the big picture. 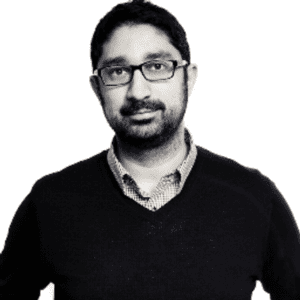 Johnny Chadda is a engineering lead and coder based in Stockholm, Sweden with a passion for photography and travel. He’s been practicing David Allen’s Getting Things Done (GTD) methodology since 2008 and has been an avid OmniFocus user since 2010. He’s also experienced in Agile, and his work responsibilities include planning “sprints”. He frequently writes on his blog, with posts themed around technology, photography and productivity.

In this session, Johnny takes us on a tour of his productivity system and talks about his daily workflows. He emphasizes the importance of looking at the big picture and demonstrates how he uses OmniFocus to help ensure that his life and work are following a productive course and to ensure that things that are important to him (e.g. travel) are given the appropriate amount of attention.

Johnny’s OmniFocus setup encourages routines that, among other things, encourage processing his various inboxes and reviewing his waiting list regularly. He also talks about how he uses OmniFocus for work-related tasks by funnelling tasks from his company’s collaboratives solutions through email and making good use of OmniFocus’ Clippings functionality.

Johnny Chadda calls Stockholm, Sweden home. By day he works as an engineering lead and coder, in addition to planning “sprints” (in Agile speak) and setting up build, deployment and automation environments.

He has an active blog where he frequently shares his passion for productivity and his love for photography and travel. He also publishes cocktail recipes weekly on his Drinkmeny website (Swedish), and acknowledges OmniFocus’ role in maintaining this consistency.

Johnny is an avid and experienced OmniFocus user and recently published an excellent post with details of his 2016 OmniFocus Setup and Workflow, adding to the many other OmniFocus posts that he’s written over the years. He also wrote an article for Inside OmniFocus called Getting Organized Using Perspectives.

Previous Tutorial
2016-06-22 – OmniFocus: Beyond the Basics
Next Tutorial
2016-09-08 – Travelling with OmniFocus
This website uses cookies to improve your experience. If you continue to use this site, you agree with it.