A behind the scenes look at Shawn Blanc’s productivity system and how he uses pen & paper alongside OmniFocus. 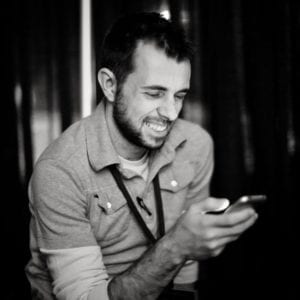 Shawn Blanc took centre stage on Learn OmniFocus LIVE to talk about the work he’s doing and how he’s using OmniFocus and other tools to stay on track. He talks about the importance of “meaningful productivity” and how he’s been able to dramatically simplify his OmniFocus setup over the years. Shawn also talks about the important role that good old-fashioned pen and paper plays in his system and touches on how he handles interactions with his team.

Links to most of what Shawn referenced during the session are available on the Notes From Learn OmniFocus Webinar page on shawnblanc.net.

Shawn is a multitalented individual who specializes in design, technology and productivity. He began writing at shawnblanc.net in 2007 and in 2011 quit his day job in the design industry to pursue writing on a full-time basis.

Shawn many achievements include the The Focus Course, an in-depth course meticulously researched and designed in support of “those who want to get better at how they spend their time and energy.” He also recently teamed up with Productivityist, Mike Vardy to develop the Awareness Building Class, “a 5-session audio class to help you stop guessing and start going”.

Additional endeavours include two highly popular technology websites (Tools & Toys and The Sweet Setup) and two podcasts (The Weekly Briefly and his daily, members-only podcast, Shawn Today). He’s also the author of Delight is in the Details, an audio book, eBook, and interview series for “people who make things” and recently launched Day One In Depth, a beautifully crafted guide to using the popular Day One app for Mac and iOS.

Shawn lives in Kansas City with his wife Anna and their two amazing sons, Noah and Giovanni and has a black belt in Tae Kwon Do.

Previous Tutorial
2015-12-09 – From Idea to Implementation
Next Tutorial
2016-03-17 – OmniFocus Workflows with Tim Stringer
This website uses cookies to improve your experience. If you continue to use this site, you agree with it.