Mortgage loan officer, novelist, and musician, Eric Bowers, joined us from Florida to share his simple, yet highly effective approach to OmniFocus. 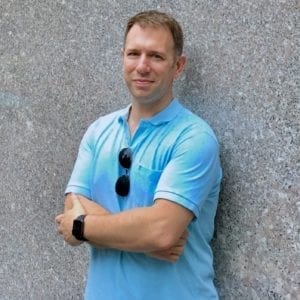 Eric Bowers is an experienced OmniFocus user who has honed his setup and workflows over the years, with some help from Learn OmniFocus. His productive use of his Apple gear and apps helps him pursue a variety of fun and meaningful pursuits in his life and work.

Eric shared how he's using OmniFocus in combination with Fantastical and other productivity apps to manage his life and work. Topics covered include:

Eric Bowers wears many hats. His diverse life and work span many different areas, including: