Productivity Ninja, IT consultant and blogger, Lee Garrett shares how he uses OmniFocus and complementary apps to manage his multifaceted life. 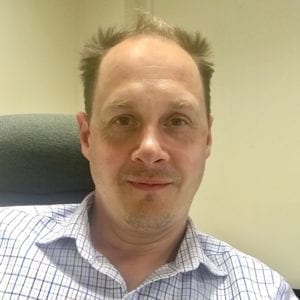 Lee Garrett is a Productivity Ninja at Think Productive and a self-employed IT manager. He prominently features OmniFocus in his popular productivity and technology blog, MyProductiveMac and makes productive use of a variety of Mac and iOS apps, including DEVONthink, Airmail, Unclutter and BetterTouchTool.

In this session, Lee takes us on a tour of his thoughtfully designed OmniFocus setup, sharing how he’s structured his database and walking us through his daily workflows.

Lee’s setup is designed to make it easy for him to switch between what he calls “boss mode” (planning and reviewing) and “worker mode” (moving towards goals). He also employs some creative naming conventions to help keep him motivated to use OmniFocus. For example, he uses “groove” in place of “admin”.

Gems shared in this session include using perspectives in combination with naming conventions (e.g. “Write: ” prefix on actions) to easily group related actions. Lee also delves into details on how he tracks rituals and ideas with OmniFocus in a way that doesn’t overload the system and how he uses checklists and templates to add convenience.

Lee showed off a couple of his favourite utilities. He uses Unclutter (available on the Mac App Store and Setapp) to quickly make notes and a BetterTouchTool to add speed and convenience his OmniFocus workflows.

He also touched on how he uses DEVONthink alongside OmniFocus. And speaking of DEVONthink, Lee reveals that he’s developing an online course that features this app.

Lee Garrett is a Productivity Ninja at Think Productive, a UK-based organization that was founded in 2009 by best-selling author Graham Allcott.

As a member of the Think Productive team, Lee works with client organizations that want to increase productivity. He works with employees to feel more in control and helps them bring a more playful, productive momentum to the work that they do.

Lee is also a self-employed IT Project Manager who specializes in Mac infrastructure, project management and solutions architecture. While much of his work is in education, his years of experience have provided him with exposure to many other industries, including healthcare.

Lee shares his productivity and technology musings on his popular blog, MyProductiveMac. His posts focus on making productive using of Apple technology, while also having fun. Not surprisingly, OmniFocus and complementary third-party apps are prominently featured on his blog. Lee also has extensive experience with many other Mac and iOS apps, including DEVONthink, TextExpander, Alfred, Drafts, and Evernote.

Lee and his family call the seaside town of Margate, England home.