Earlier this week the Omni Group released updates to OmniFocus for iOS (the Universal app that runs on iPhone, iPad and Apple Watch) and OmniFocus for iPhone. This new release allows you to conveniently flag actions by swiping and sports a dark colour palette, that can be activated manually or set to trigger automatically as background lighting shifts.

The Omni Group has also started to roll out Push-Triggered Syncing with this new release. In a nutshell, this means that your iOS devices will sync more frequently in the background as you make changes on your other Mac and iOS devices. To help ensure that your iOS devices are receiving timely updates from your Mac, make sure that you’re running OmniFocus 2.2.1 (or later) on your Mac. The Omni Group are also bringing the Push feature to the Mac later this summer. 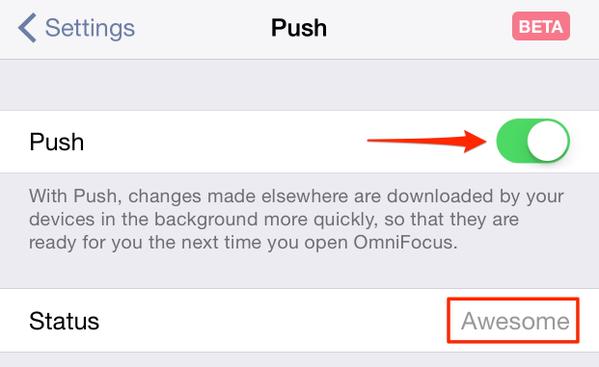 For more information on other features, enhancements and bug fixes in this release, check out the Release Notes on the Omni Group’s website. David Sparks also shared a short video that showcases key features introduced in this latest iOS release.